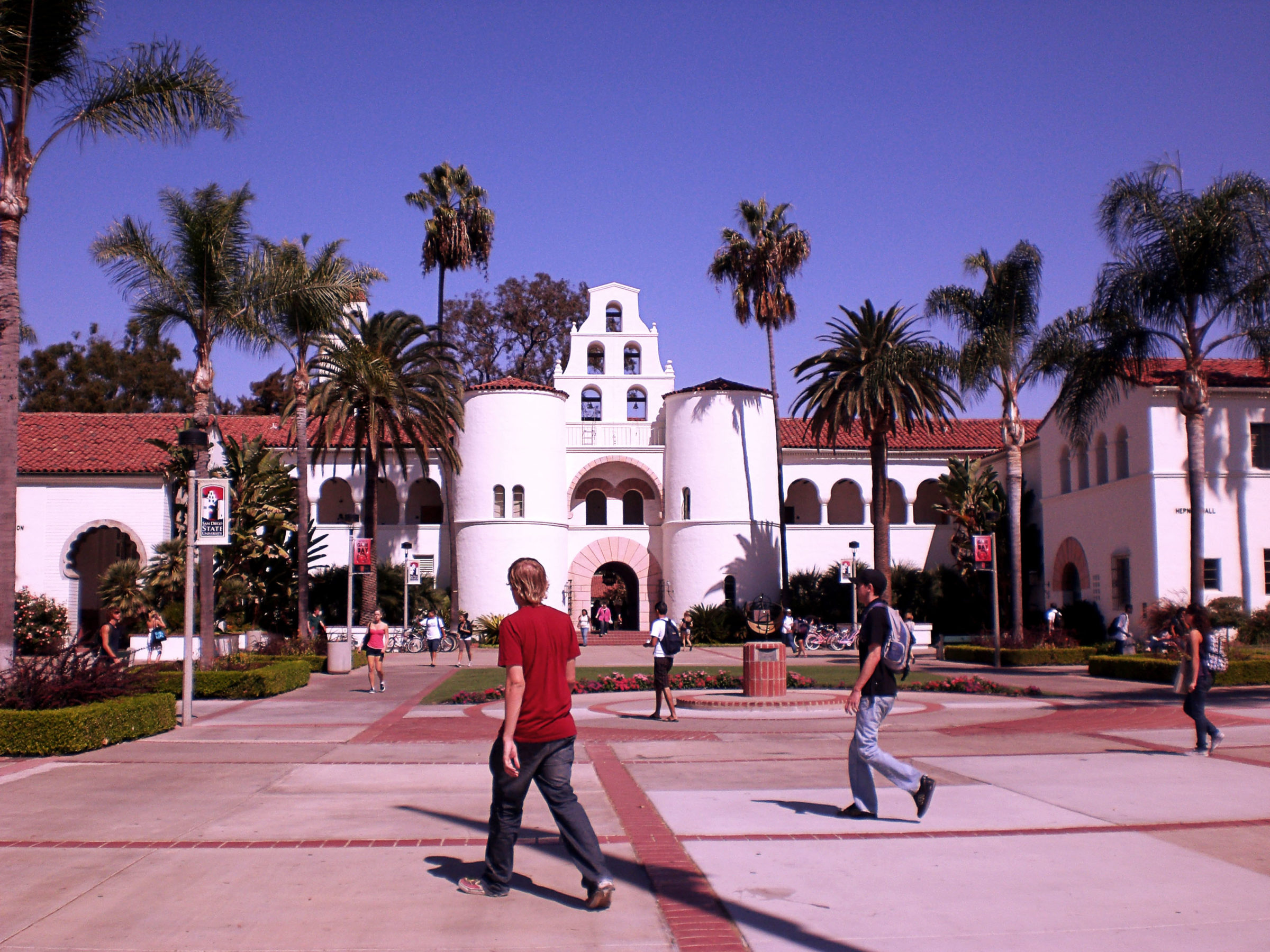 It‘s been 10 years by now … 10 fucking years! A decade, a tenth of a century, a … what the hell do I know! 10 years ago I fled into a semester abroad in San Diego to duck out of my diploma thesis – and to experience California. Not just see but experience, dive in, suck in! For the 10th anniversary I unwrap the old and dusty blog posts from then. The San Diego Chronicles came into being by tedious handcraft and were published 2008 in a blog which doesn´t exist anymore. Therefore I put out that syllable-goulash again here on snuckout. Freshly refurbished in Full Laser HD and Dolby Universe Surround! Have fun with it!

Maybe not. I´m pretty sure most of you guys already heard it – because of an unplanned hospital-layover I had a 5 days delay on my trip to San Diego. For all of you who don´t know yet: I puked at the Frankfurt Airport in a parking lot. No shit. I already didn´t feel that well the night before and the next morning I had to let nature take its course. As planned Sabrina drove me to Frankfurt but in the parking lot things started to happen very fast. Car door open, stomach contents out. For a short period of time I had the hope it would get better so I checked in my luggage. But unfortunately I spent most of the waiting puking on the airport-toilet. So I thought it would be a pretty good idea to get in the car instead of getting on the plane. At home I got bagged in the hospital for 3 days. Long enough to run some gastro-intestinal tests. You can request the details via mail … Diagnosis: Esophagitis but San Diego was out of danger.

During my 3 days in the hospital I called Delta Airlines and they said I could get a flight at the 25th. Because of a doctor´s certificate the change in booking was free. At this point I need to say thank you to Delta Airlines. They did a great job and were very friendly and helpful. Alright, enough of all the gastro-intestinal stories …

On the 25th I finally made it on the plane. Main course was a 10 hour flight from Frankfurt to Atlanta, garnished with a 5 hour layover and for dessert a 5 hour flight to San Diego. On the plane I made my first acquaintance. But not before the landing approach to Atlanta. 9 hours and 40 minutes boredom and then I spot a row behind me another German guy. Constantin wants to study at the San Diego State University (SDSU) as well. We got along well and killed together the layover time in San Diego. Among others with purchasing an AC adapter for 30$. That thing looked like you need a gun license for it. On the flight to San Diego I could finally get some „sleep“. Like in a bus, like on a school trip. Catch-word: slipped disk.

The landing approach was terrific! We were gliding in the dark over the lighted city of San Diego to the landing strip. Touch down, get off the plane, catch the luggage and then get out! The airport door opens and I step out into a wonderful summer night. For the first time I have the Golden State under my feet and the warm Californian summer air is finding its way through my olfactory organ to trigger a feeling of being home in my brain. I totally arrived.

I took a taxi to get to my hostel in Point Loma. After arrival I met Christiane from Germany. We already got connected via studivz. Then standard fare … Getting in the room, dealing with stuff and check out the people. In my room was a French guy (Vianney), a guy from New York (Jeremy) and a mysterious older guy. During the week in the hostel I got along pretty well with Vianney. We played so much table tennis, it looked like we were practicing for the Olympics. The older guy, who looked like the guardian of the hostel, told me he can foresee earthquakes and has contacts to poltergeists. I never met one. 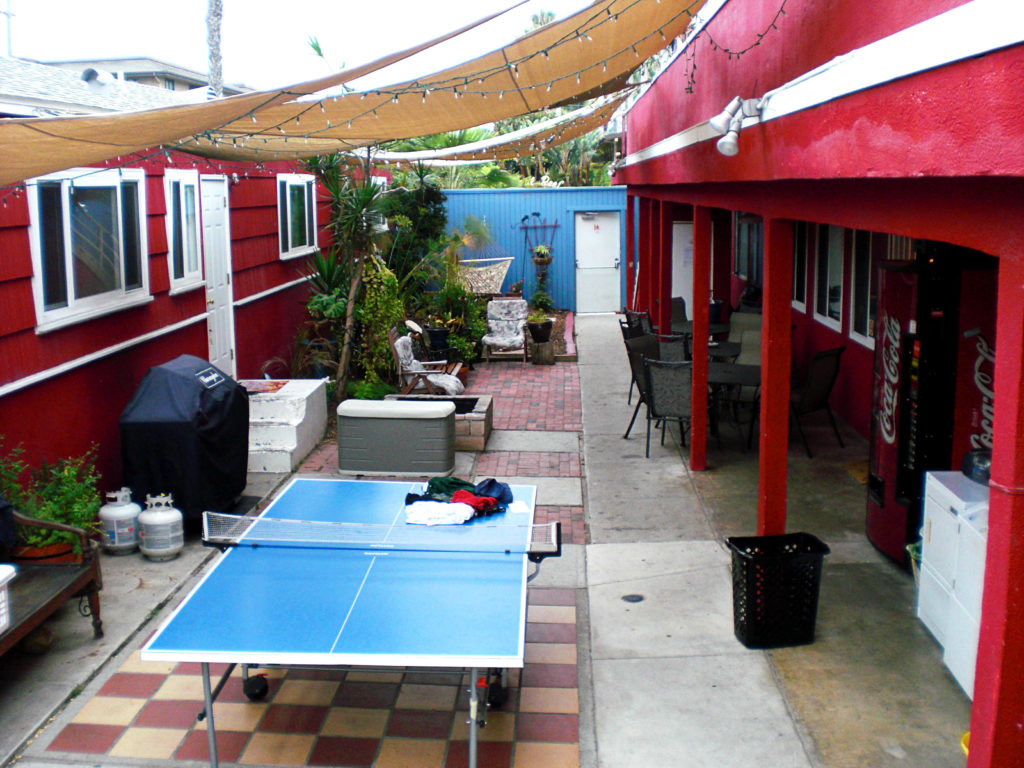 The time difference and landing planes successfully kept me from sleeping. So I got up at 4.00am. Well, at least I was in time to get to the SDSU with Christiane at 7.00am for registration. I totally expected an office-inferno but it all went smoothly like a perpetuum mobile. The SDSU staff was awesome, super nice and helpful! They made things really easy. And 5 minutes later 5.640$ tuition fee was gone. Ooof … I worked at three jobs and sold my car for that. Totally worth it. Would always do it again. After dealing with the formal stuff, I took the trolley to Mission Valley. Mission in Mission Valley: Buying a cell phone to deal with the primary task „finding an accommodation“. That prepaid phone was only 10$. And totally worked like a 10$ phone …

Due to my layover in the hospital I lost 5 days. So I didn´t have that much time to find a shack. Beach or close to the University? Well, actually easy to answer, but I tried to be reasonable for once and was looking for something close to the University. My first try already looked good: Furnished, affordable and close to the University. Actually the landlord wanted a female but she offered me to take a look. That was easy. Not a bit of it! The day before the meeting she canceled and said that she´d prefer a female. Nice. Thanks. I didn’t feel like spending all my free time with looking for an accommodation, but what can you do … The next one was good as well: A Mum with kid, furnished – well, the room – and pretty much close to the University. Pretty much close means 20min walk to the busstop and then a 10min bus ride. Whatever! I´m in California! Even walking around is fun! And now I have a reason to buy a board. After the showing I immediately accepted. One more must go at the SDSU and after that I have holiday till September 2nd. Whoop whoop!

Day two at the University. Not much to say. Inspecting the campus (which was a highlight, cause this thing is fucking incredible!), getting my student-ID, etc. Especially the foodcourt caught my eye. A dining hall with several munch-stations. Gonna eat my way through all of this in the next weeks! For example, 5$ meal at Taco Bell with all-you-can-drink-water. Essential for surviving considering these dreamlike temperatures. After our daily friendly table tennis match Germany vs. France we had a multicultural BBQ. After dinner I went to Ocean Beach with a guy called Jeremy. Just walking around and scanning the area. On the way back I got a Shredded Chicken Burrito. Damn, the guys at the Mexican border know how to make Burritos! This thing was so good! I´m definitely at the right place. 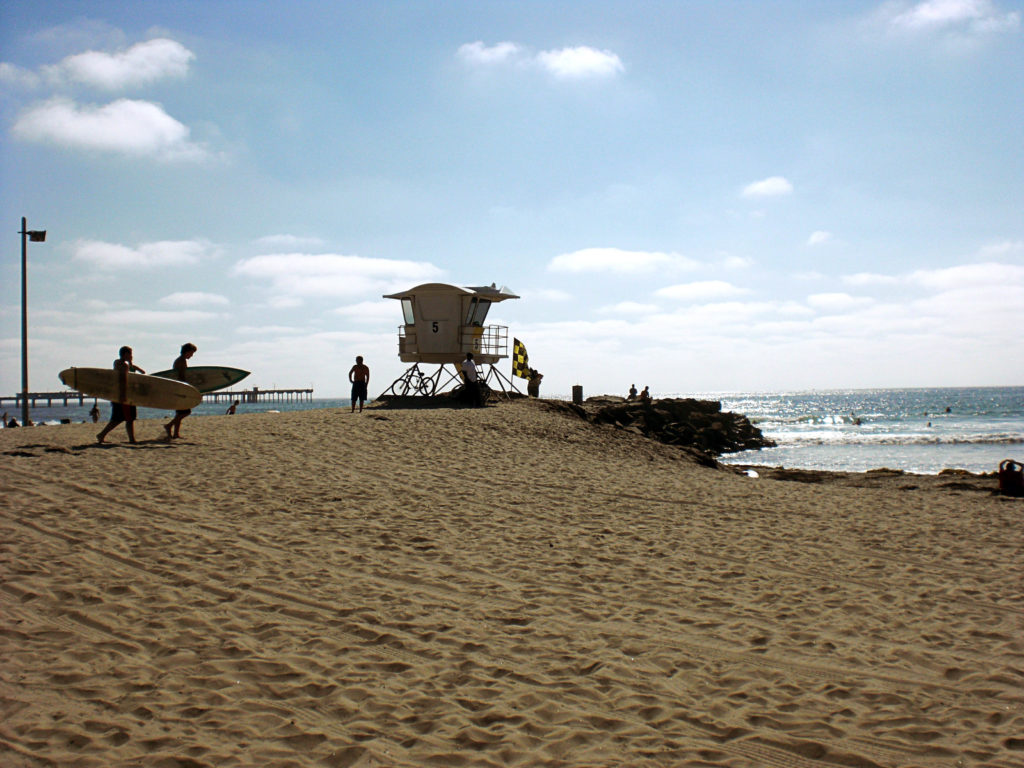 The ALI (American Language Institut) organized a city tour for the students today. It´s free, count me in! Also good to meet people. On the tour we stopped at Pacific Beach, La Jolla (bigwig area), Horton Plaza (huge mall) and at the Balboa Park. Was nice to get an overview. But I already spent most of me time at home scanning San Diego from above at Google-maps. 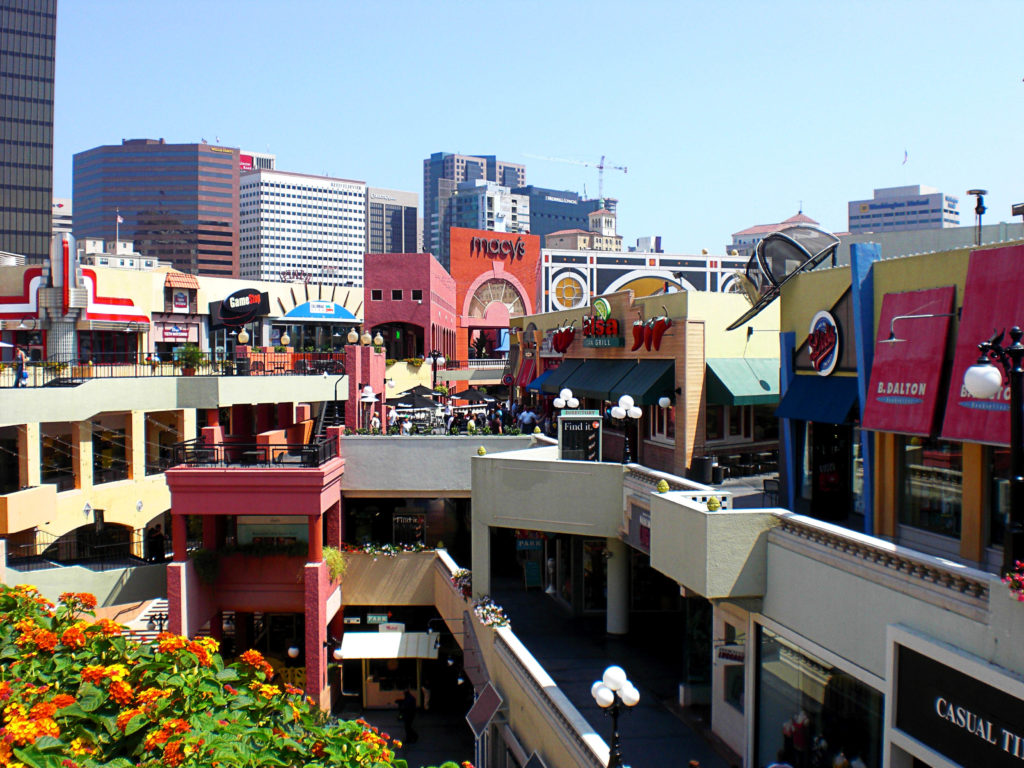 Next time at snuckout: Am I going to meet a poltergeist? Is sack race finally getting olympic? And how much can you sweat on one day?

Thank you @nickneuenhausphotography for catching

„Do you smell what I smell?“